This is a copy of David Soul’s personal script from his performance in the Ralph Senensky-directed 1983 TV series, Casablanca, episode “The Cashier and the Belly Dancer.” David dug it out of his storage unit in April 2013, but it doesn't contain any of his notes inside (as do his other scripts for sale here). The cover of the script, however, has been autographed by David Soul. 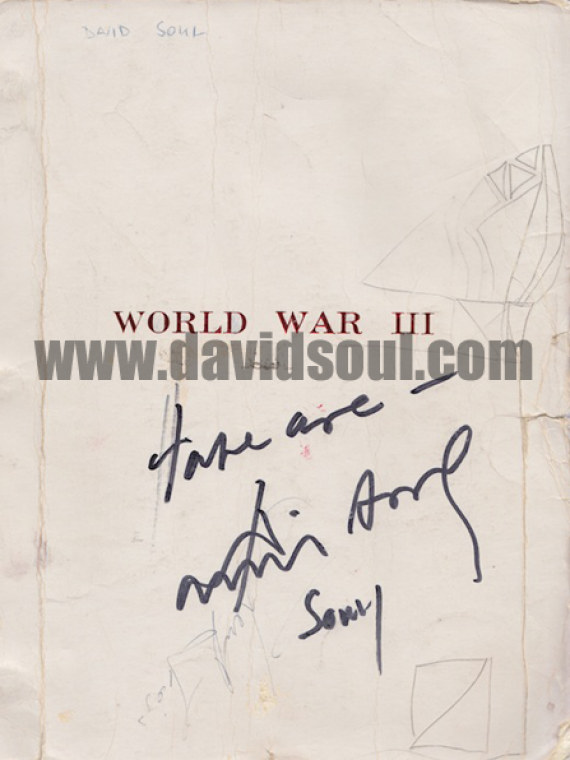 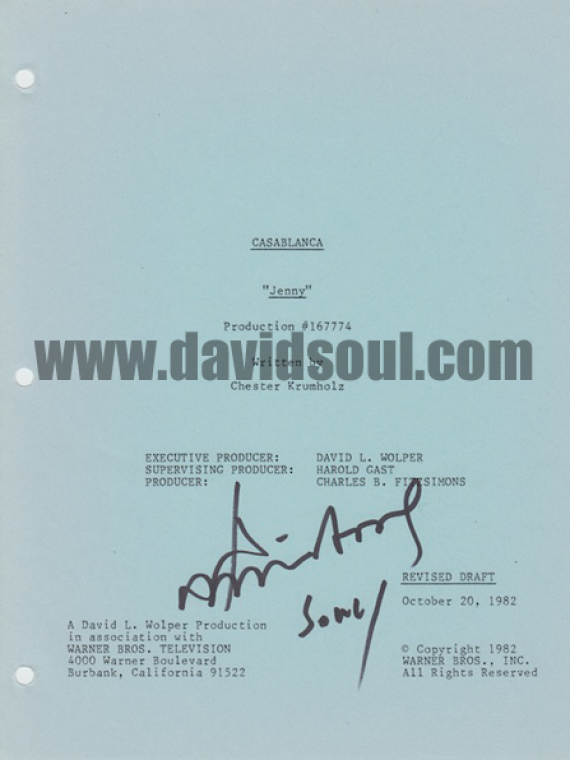 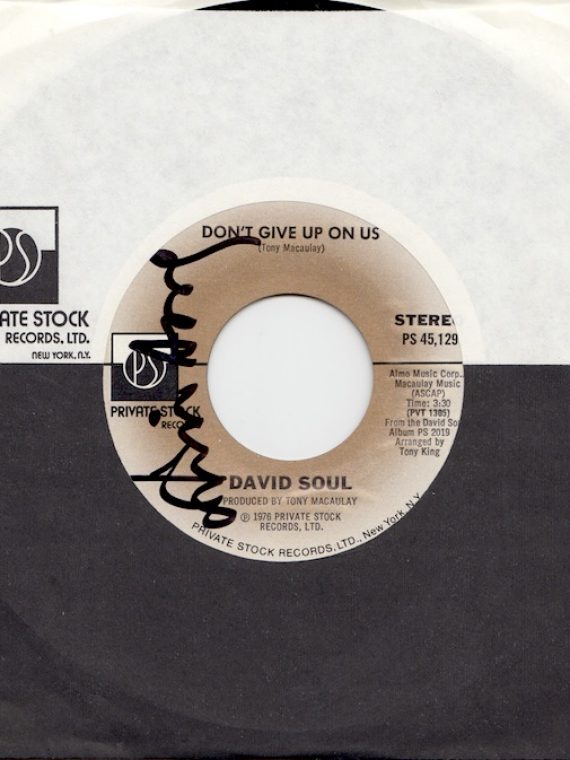 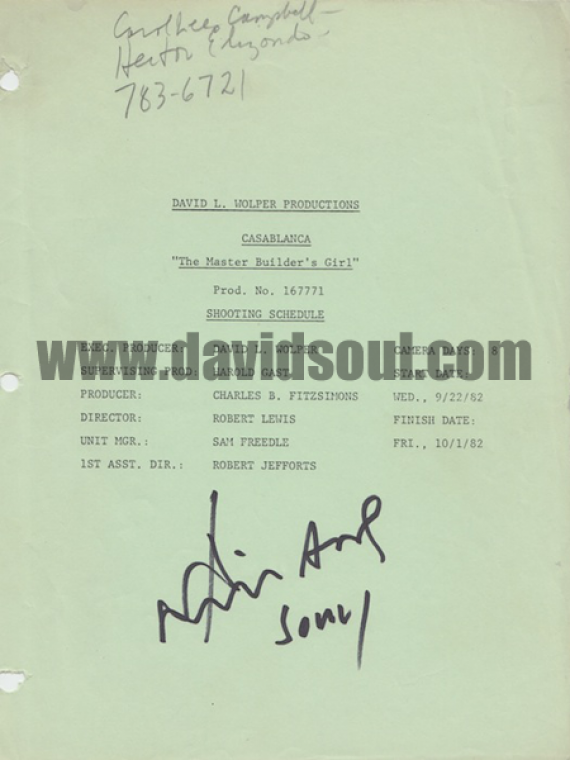